12 Lessons I learned Moving from Bootstrapped to Venture Backed 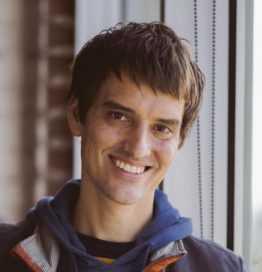 Rob is a serial entrepreneur that most recently started Drip, which was acquired by Leadpages in 2016.

10 person company that got acquired, then at a 150 person venture-backed company.

Here are the differences Rob Walling noticed going from bootstrapped to venture-backed.

If you're self-funded with one or two founders, you can support your entire business from a tiny niche that provides $20k/month in revenue.

But with venture capital (or even... angel funding) you are forced to go after much larger markets. And a market that's 10x the size is 100x harder to get right. There's more competition, more complexity, higher ad rates, etc.

Having done both bootstrapping and a funded business, Rob knows the good and bad parts of VC funding.

When Drip was bootstrapped, launching a new feature was simple: Rob Walling and his co-founder Derrick Reimer would sketch the new feature on a whiteboard and send a picture to their team letting them know it would be out in a week: Anna Jacobsen for customer success to teach customers how to use it, their remote customer support guy so he wasn't surprised by new support tickets, and their marketing guy Zach to figure out how to sell it.

Once Drip was in the larger LeadPages organization trying to launch multiple features a week, communication was much more complicated by red tape. Instead of a single customer support representative, there was now a customer support department of ten people that need to learn how to use the new feature. Instead of a single marketing person to email, there was now a marketing department that needs to know about new features months in advance. There was also a CEO, CMO, and sales department that needed to be kept in the loop.

Every six weeks, the Drip team had the extra overhead of spending dozens of hours preparing for LeadPages board meetings. Numbers needed to be pulled, slide decks needed to be prepared, and 30-minute presentations needed to be rehearsed.

This overhead doesn't move the company or product forward.

Once you hit 15 or 20 employees, culture gets really hard. If you're not deliberate about carefully hiring and maintaining and controlling a positive culture, it can quickly take a negative turn.

People that were just political, toxic, or different enough to gum up your culture.

4. Hire for both skill and personality

If you hire just for skill, you get folks in who aren't a good fit.

If you hire just for personality, you have to train everyone and can't move very fast.

5. Things Rob never had to deal with

"Fundstrap" with a single round of funding to get the benefits.

1. You can hire specialists

Specialists and partnerships give you a huge boost in growth and make it easier to run your company. Areas like HR, specialized developers, and GDPR are ripe for specialists.

Early on, Rob lost a great developer because of a $10k difference in salary. Having more money means you don't need to make this compromise.

Only being able to afford junior developers means you move much slower.

As a bootstrapped founder, you don't realize how much of your time you spend on hiring.

If Rob starts another company, he'd hire a recruiter a lot earlier.

5. Don't waste time to save a few dollars

As a bootstrapped founder, you feel compelled to penny pinch and save little dollar amounts in places like AWS, which is taking away focus from the rest of what you're trying to do.

Jason Cohen: spending your time (your most valuable asset) on saving an extra $1000 cannot — today — significantly improve the business. You should be spending that time on...getting more revenue. Both short-term bursts and...building systematic ways of growing revenue month over month

What's wasted time? If you're evaluating Kayako or intercom and thinking mostly about price, you're probably wasting your time. Same for Zoho vs. Gmail, Wistia vs. Sprout Vieo, GoDaddy Hosting vs. WPEngine, etc.

In a bootstrapped company, you just make up job titles. Once you have a recruiter who's searching for new people to fill your made up positions (ex: "Senior Scaling Architect"), your life will be much easier if you use more standard titles.

You can be a hell of a lot less stressed when you can just hire people to handle the tedious problems of business. It's not guaranteed to make you less stressed, though.

Does venture funding make you more or less stressed?

Jordan Gal of CartHook: I don't think about it in terms of more or less stressful. I think about it as having made...this version of the journey possible. Overall I'm personally very happy with the decision, and when someone asks me if they should take investment my answer is always to make sure they understand the tradeoffs...and to make sure that aligns with what they actually want.

Matt Goldman of Churn Buster: I feel more stress, but in a good way. It's nice to have outside pressure, and we've been careful to raise from folks who are on the same page with our growth plans, so the pressure we feel is towards reaching a realistic goal.

Justin McGill of LeadFuze: It's been more stressful. And that's with AWESOME, hands-off investors like you...It's a mental thing for me as I feel an obligation to you guys. And when things inevitably don't go as planned, it's crazy stressful thinking about how to share the news. And that's knowing no one has any problem or is upset...

Rob isn't saying you should raise funding, but there are definitely things to learn from it.

Here are some options:

When fundstrapping, boostrap to $20-30k MRR, then raise a single Angel round. You'll get the best of both worlds.

Colin Nederkoorn of Customer.io: As 'fundstrappers' we raised initial money but going forward will grow on the revenue of the business.

Bryce Roberts of Indie.vc: No implied Series A.

Did you have to answer to a board?

We had enough luxury to hand pick who was on our board, and we got along really will with them. It could've been a shit show.

It sounds like a lot of your negative parts of funding are just things that happen at scale.

Do you have advice on protecting culture?

Yes - write things down, and hire people who are on board with your written vision.

Is there anything else you wish you could've afforded?

As a micropreneur, what's the advantage of fundstrapping over a bank loan?

If you want to be a solopreneur, grow something up to $10k or $20k MRR and have an awesome lifestyle business. Rob did that for several years and eventually wanted something more.

The advantage over a bank loan is that it's lower risk - if the business fails, your personal credit isn't destroyed.

If I fundstrap, how much of my business do I need to give up?

When do you pay it back?

Either when you get acquired or by paying dividends.