The Killer Combo Of Free Content With Paid Promotion

Family first, then business, then pleasure. Cofounder at https://carthook.com/ and cohost of http://bootstrappedweb.com/. 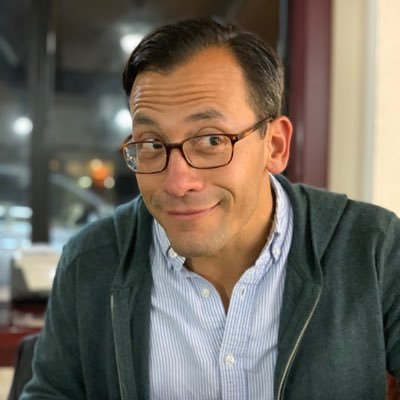 Jordan Gal is a regular on the Microconf stage. He's the cofounder of CartHook - customizable checkout process for ecommerce sites - with Ben Fisher and cohosts the Bootstrapped Web Podcast with Brian Casel.

In this talk, Gal explains how he ran an effective three month marketing campaign with Facebook ad retargeting.

Until January 2018, Jordan Gal hadn't experimented with content marketing (creating useful free content for your audience that drives attention to a primary product). Unlike traditional paid advertising, which has a direct return on investment (ROI), content marketing is harder to justify because the ROI isn't as clear.

The CartHook team was working on a new release of their product, so they decided to invest in a big marketing push combining long-term content marketing with the short-term paid advertising they were already familiar with.

Their content came from hiring a dedicated content writer to write an ebook on the industry trend of marketing funnels in ecommerce stores. While putting it together, each chapter started looking like a blog post, so they decided to get the most value out of what they were working on by publishing and promoting each of the 4 chapters before promoting the book.

Here are the stages of content marketing Gal's CartHook team went through.

Ideally, they would have already had an audience built that they could market this content to, but this was the first time CartHook had invested in any type of content marketing or audience building.

They started by building an audience to market to. They created a lookalike audience from their existing customer email list and added users from active Facebook groups focused on eCommerce. Next, they added the Facebook Pixel to their website to track new visitors.

The CartHook team needed a way to start a conversation with these new potential customers. It's straightforward to get attention in the eCommerce world - dollar amounts and screenshots with arrows - so they put together a post detailing how they'd processed $100-million in 2017 and started promoting it for $45/day.

Importantly, this post wasn't trying to make a sale. The first interaction this new Facebook lookalike audience would have with the CartHook brand would be content.

Each time a Facebook user clicked on their promoted post, they were tracked with CartHook's Facebook Pixel and added to a retargeting audience for the next step.

CartHook now had a retargeted audience of people who had expressed interest in the eCommerce space by clicking on their promoted post about the future of eCommerce.

Their goal with the second stage in their content marketing plan was to promote content to this audience that helps them succeed in larger market trends.

For CartHook, the eCommerce market trend they'd identified was using sales funnels. They took two chapters from their book on this new market trend and published them online:

Importantly, these posts aren't trying to sell CartHook's product yet. Their primary goal is to help people in eCommerce succeed by understanding this new sales funnel market trend. By helping people, CartHook is establishing itself as a credible authority with unique and helpful insight. For a guide on how to identify these types of trends in your market, check out The Greatest Sales Pitch I've Seen All Year.

At this stage, CartHook had earned the right to talk about their product.

Their next two promoted posts focused on how their product helps eCommerce stores succeed in the trend of sales funnels:

In particular, they focus on CartHook's differentiating feature: post-purchase upsells.

Each promoted post page had an intent popup promoting the full ebook, "The Advanced Guide to eCommerce Funnels." Over the course of the campaign, this popup had converted particularly well (4-5%) and collected 1,000 new email addresses. Additionally, CartHook still had a large retargeting list on Facebook.

To try to convert more of this audience into paid customers, they hosted a webinar showing real results from a high profile "superfan" customer that had used CartHook to go from $1M to $2M in revenue in one year.

In total, Gal and his team spent $4,133.64 on Facebook over this 5-week campaign promoting each post for 7 days.

The webinar had 360 registrations with a 19% conversion rate to free trial signups (that's 68 free trials from the webinar). Those 68 signups also converted at 30% to 21 paid accounts.

How will you repurpose this content for the next campaign?

It caught us off guard how well this worked - we don't have a concrete plan on how to do it again next month. Our primary motivation was to get ourselves out there and establish ourselves as thought leaders in the ecommerce space. Unless we really nail the next idea, it probably won't work as well.

That said, we only spent $4,000 on advertising this time. We've probably barely scratched the surface of this market. We might be able to just run the same campaign again and exclude people already on the list and get similar results.

This campaign looks a lot like an email sequence. Could you have done this entirely in email?

Getting people's attention in email is harder. 95% of traffic to CartHook didn't opt into our email list, and without Facebook retargeting we couldn't have contacted them again.

Retargeting removes email opt-ins as a goal. If you visit our site, we're going to market to you one way or another.

Did you advertise anywhere else?

Yes - we also tried retargeting with Google. It didn't work as well.

Why did you promote the pieces serially instead of in parallel?

We're just going to tell a story for six weeks in sequence and hope that people capture the content in that order. There are links in each blog post to the previous post so they could catch up if they jumped in in the middle.

It seems like Facebook and Google are working better for you than Email. What other platforms are you excited about?

Partner webinars. Reaching into another person's audience with credibility is the idea. That credibility helps when selling a $300/month app.