Founder & CEO at Basecamp. Non-serial entrepreneur. Co-author of Getting Real, REWORK, Remote, and “It Doesn’t Have to Be Crazy at Work”. 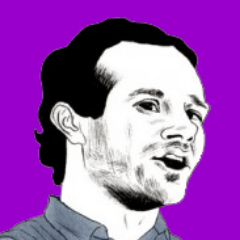 You've had fantasitc growth - how'd you do that?

Our product was more valuable for people using it if other people used it too. We didn't call it virality at the time - we just called it building a great product.

We now generate tens of millions of dollars per year in annual profits. We don't talk about revenue.

How did your profit sharing plan go?

It was a dud. I'd rather just give employees more money. We stopped doing bonuses a while ago because we'd rather just be paying more.

Our profit sharing plan was based on how much revenue increased based on projected revenue. In practice, we made long term investments that ate into profit growth, so it's been a dud.

We're in our last year of this experiment. If it doesn't pan out again, we'll probably cut it. We already take really good care of people.

If you were building a business today, how would you do it?

Have you ever been public about the amount of money you took from Jeff Bezos?

It was a few million bucks.

Do you have any regrets from doing that?

Today, I wish we owned 100% of it. I haven't talked to Jeff in a few years, he has no control over us, he's the easiest investor ever. We just send our numbers to his office once a year.

At this point, there's not a lot of value we're giving them or that they're giving us.

At the time, it was a great decision. Why not take some money off the table? The money we got from him went straight into my and David's bank account's.

Every company dies at some point, and it would suck to put work and money into your company and then lose it.

There was so much risk early on that it could've all gone away by kicking over a server.

Have you considered starting other companies?

We're technically launching new businesses, but they're all projects of Basecamp.

You say you're a one-hit wonder - that's a hell of a hit.

We've made other products that have been hits, but Basecamp has been our biggest hit by far so we're sticking with that.

You've recently invested in TinySeed and Earnest Capital. Have you ever invested in other startups, and what made you decide to put money into this Bootstrapper ecosystem?

Basically what you guys are offering is what we did for ourselves by having a side consulting business with free cash flow that let us take a risk. If we didn't have that, we would've been looking for something.

Back then, it didn't exist. Investors wanted 40% of your business. This new funding model is something worth supporting - I think the model is fantastic.

Are there any business decisions - like your 3-year profit sharing experiment - you've made and not recovered from?

There's taking a risk, and there's putting yourself at risk. We don't put ourselves at risk.

We've had mistakes like giving people a month off to come up with cool ideas. We didn't have the resources to pursue all the ideas we got and had to say no to almost all of them, which caused a lot of disappointment.

It hurt morale because of the way we framed it, but we haven't done things that would've sunk us if it went badly.

What happened with HighRise?

HighRise CRM tool was built in 2007. It was our second most popular product and a great business.

We decided to go all in on Basecamp. With that, we decided to sell, spinoff, or integrate all other products. Backpack got sunset. HighRise was a multimillion dollar business. It was too good to bring into Basecamp or sunset.

We needed to spin it off or sell it, but we didn't want to lose any of our team. Nobody wanted to buy it if it didn't come with our team.

We spun off a new team to run it, and later brought it back into our team. It's in maintenance mode and will run until the end of the internet.

How much were you looking to sell HighRise for?

At it's height, it was making $11-12M/year with four people working on it. Our margins were above 90%. We felt like our multiple was totally fair and still nobody wanted to buy it without the team.

Could you talk about how you set goals?

I just try to do the best work I can. If you have goals, you stress about them. I should be working on things because I enjoy doing that thing.

I like sloppy things. I think it's a healthy thing to have some slop in there. It's not healthy to worry all the time.

We keep our company as small as we possibly can intentionally because we feel more comfortable that way.

You turned off signups for HighRise about a year ago. Why start another project? Why is this one different?

We only build things that scratch our own itch. There's a thing we do every day full of hacks and broken workflows that we put up with because we're numb to the reality of how bad it is. We're sick of doing that every day.

It's a very itchy scratch (scratchy itch?) that we need to solve for ourselves.

How do you decide how to allocate time?

For now, we're going all in on the new thing. In a few months we'll reevaluate how much time to spend on that and basecamp.

What percent of your profits do you put back in the company? Do you give it to yourself as a dividend?

A little bit of both. We're an LLC - me, Jeff Bezos, and DHH pay taxes on the profits and just set a little bit aside for Jaunary at the end of every year.

It's a little bit like we won the lottery and we're getting payouts over time instead of one lump sum. I don't want to sell and be left at 44 years old not knowing what to do.

I love working on Basecamp.

When did you first make an iPhone app for Basecamp, and why did you wait?

It was probably 2009, built for Basecamp classic. It was a webapp we built for ourselves. It was crappy and slow.

It was impossible to deal with multiple platforms and multiple projects with a small team.