From $0 To $10M ARR: The Tactics We Used To Scale Teachable 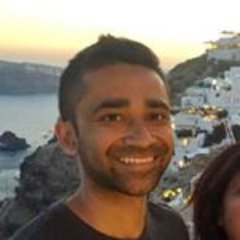 Software as a Service (SaaS) growth is supposed to be super exciting: peaks of irrational exuberance followed by a trough of disillusionment, a quick climb back up the slope of reality, and then a realization of your idea's actual value.

In practice, growing to $10M annual recurring revenue (ARR) for Teachable was slow and boring.

Teachable reached $10M ARR with 12,000 customers and an average revenue per customer (ARPU) of $67. These customers are supported by 64 full-time Teachable staff in New York City (4 in product, 15 in engineering, 16 in marketing, 21 customer operations, and 7 in finance, recruiting, and administrative).

How did Ankur Nagpal grow Teachable from 0 to $10M ARR in just four years? By architecting growth on the backend.

In the early stages at $10k monthly recurring revenue (MRR), growth wasn't something the Teachable team was conscious about. They thought they'd just build a product that nailed product-market fit, serve their customers really well, and write blog posts. Their thinking was that it would be great if they grew, but it didn't need to happen.

They shifted from that mentality to making growth their core company value. Teachable made growth the priority, tried to leave as little to chance as possible, and took advantage of being small enough that they could strong-arm growth by doing things that didn't scale.

Andrew Guttormsen - Teachable's head of growth - built Teachable's financial model of 30% MRR growth every month. Here's how Guttormsen's model played out for calculating how much recurring revenue Teachable would need to find for August 2015 (assuming a July MRR of $25,818, desired growth rate of 30%, and expected churn of 12%):

Here's that same model expressed as a Javascript function:

Where does that $10,843 come from? That became the singular goal of the marketing and growth teams.

Where does the remaining $2,843 MRR come from? Part of deciding to make growth a top priority for Teachable was to be okay doing dumb things that didn't scale and could only work for one month. Perhaps this month they could host three extra influencer/partner webinars at an expected value of $1,000 MRR each. That extra $3,000 MRR could close the gap so Teachable could hit this month's growth target.

This is the process Teachable repeated every month. Early on, this "needed MRR" number was small enough to actually hit, and was a clarifying goal for the marketing and growth teams to focus on. "Needed MRR" was the single target focused on in meetings.

As MRR went up, the amount of extra MRR Teachable needed to find to maintain 30% growth increased proportionally. That put the Teachable team in the position of finding increasingly more tactics to drive up MRR.

Their general strategy was to take things that were already working, like one-on-one direct cold emails followed by personal sales calls (which could drive an extra $500-$1k MRR in a month pretty reliably) and scale them.

But what happens when you need to find another $2k in MRR? Instead of one-on-one personal sales calls, they could host a big webinar with five to ten customers at the same time. This adapted strategy could now find an extra $1k-3k MRR.

How could Teachable scale up from that? They could schedule that webinar every week instead of every month, so now a consistent $1k MRR was added every week for a total increase of $3k-5k MRR every month.

How could Teachable scale that strategy? They could make each weekly webinar a joint venture with influencers and capitalize on the influencer's existing audience, which translated to $5k-10k MRR every month.

At every stage, the necessity of having to discover a specific amount of revenue was the fuel behind Teachable's big growth innovations.

The necessity of "finding revenue" led to the discovery of some of Teachable's best growth strategies. Some - like scaling webinars - worked well, but there were many growth ideas that didn't work.

Growth Idea 1: Try pitching customers a website with their content already uploaded to the Teachable platform so they can see exactly what it would look like if they switched to Teachable. In practice, people were creeped out that someone had pirated their content.

Growth Idea 2: Try scraping all the people with courses on Udemy and send them a personal email. The first person that created a course on Udemy, however, was the founder of Udemy - Gagan Biyani.

Growth Idea 3: Instead of inviting partners one at a time, try aggregating several partners at once and have them all promote one big event they're all contributing to?

Growth Idea 4: Try raising the price of Basic plan from $29/month to $39/month and letting existing users claim the old price for a week before the price raise goes into effect.

Usually in a prise increase, user lifetime values (LTVs) increase slowly. By offering the old price, Teachable generated a $20k new MRR spike in a week and got the slowly increasing LTVs.

Being driven by revenue goals helped sanity check projects that would have been fun but wouldn't have driven growth.

Pulling this crazy growth out of nowhere month after month for 24 months had several secondary benefits:

Where the Growth Model Breaks

Even if Teachable could earn $50k MRR by hosting a summit, they would be barely making a dent in the total number they needed to hit for the month. After a certain point, the strong arm method of growth stops working.

How did they grow after that point? By looking back to the product and customer.

Teachable spent about 6 months after hitting $500k MRR trying to do one off activities to grow, but the model and strategies that got them to $500k MRR weren't working to grow further.

After the $500k MRR inflection point, growth came most effectively from:

Here are some specific strategies Teachable used to move those three metrics.

1. Over hire for customer success: During their scaling process, Teachable had as little as 1 Customer Care rep supporting every 1,000 paying customers. Today, that ratio is 1 to 600.

2. Improve the checkout product: If there's a part of your product that drives revenue, it makes sense to reinvest in improving that parts. For Teachable, that meant improving the course checkout page. Improving this page to a slick single flow with social proof increased course sales from $250k/day to $400k/day.

3. Charge more (kind of): Teachable's most popular plan used to be their cheapest $29/month plan. They put strategic effort towards making their second most expensive plan at $99/month the more attractive: they dropped all transaction fees for users on this plan and pulled most of the features from their most expensive $299/month plan into the $99/month plan.

By making their second most expensive plan more attractive, average customer revenue per paying customer (ARPU) jumped from $48/customer to $60/customer. ARPU has continued to compound to $67.

This seems to go against the advice of doing one thing well. How do you reconcile your one-off growth projects with that?

We never found one strategy to grow that continued to work. There was no single channel we could focus on and still hit our numbers.

How many people did you have dedicated to growth at each stage?

The growth team has never been smaller than 4 people, even at stage 1. In middle stages it was 4-8. Right now our growth team is like its own mini company (even with its own engineers) - about 16.

Should I focus on growth or product first?

If we waited to grow until we felt really good about everything in our product, we would've never grown. Once you have some kind of product market fit, don't use product improvements as an excuse to not push on growth. You'll never feel like your product is ready.